Which are the important bus terminals in Malaysia?

It doesn’t matter if you are traveling alone for the first time or a seasoned travel veteran, navigating through Malaysia’s several bus terminals can be a bit daunting at times. Built-up to accommodate tourists and locals in a smooth manner, you can imagine the number of terminals located in Malaysia and how confusing things can sometimes get. However, with Malaysia’s rock-solid infrastructure, passengers can get help easily and quickly and find the closest bus terminal. From restaurants to salons, you can get access to any world-class amenity if you want.

Let’s take a look at some of the top bus terminals in Malaysia and the amenities they provide for passengers passing through their gates: 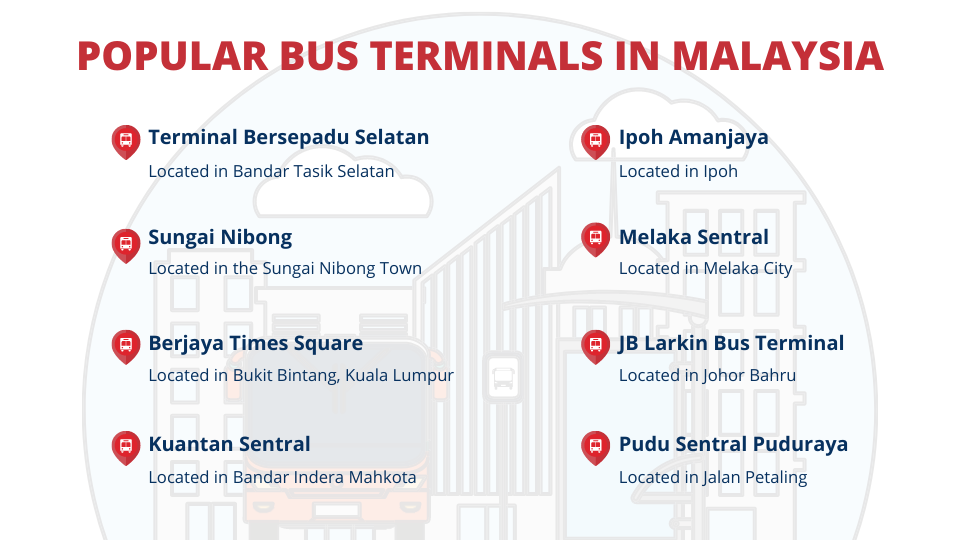 Visit the official website of Bus Tickets Online to know more about the popular terminals in Malaysia.